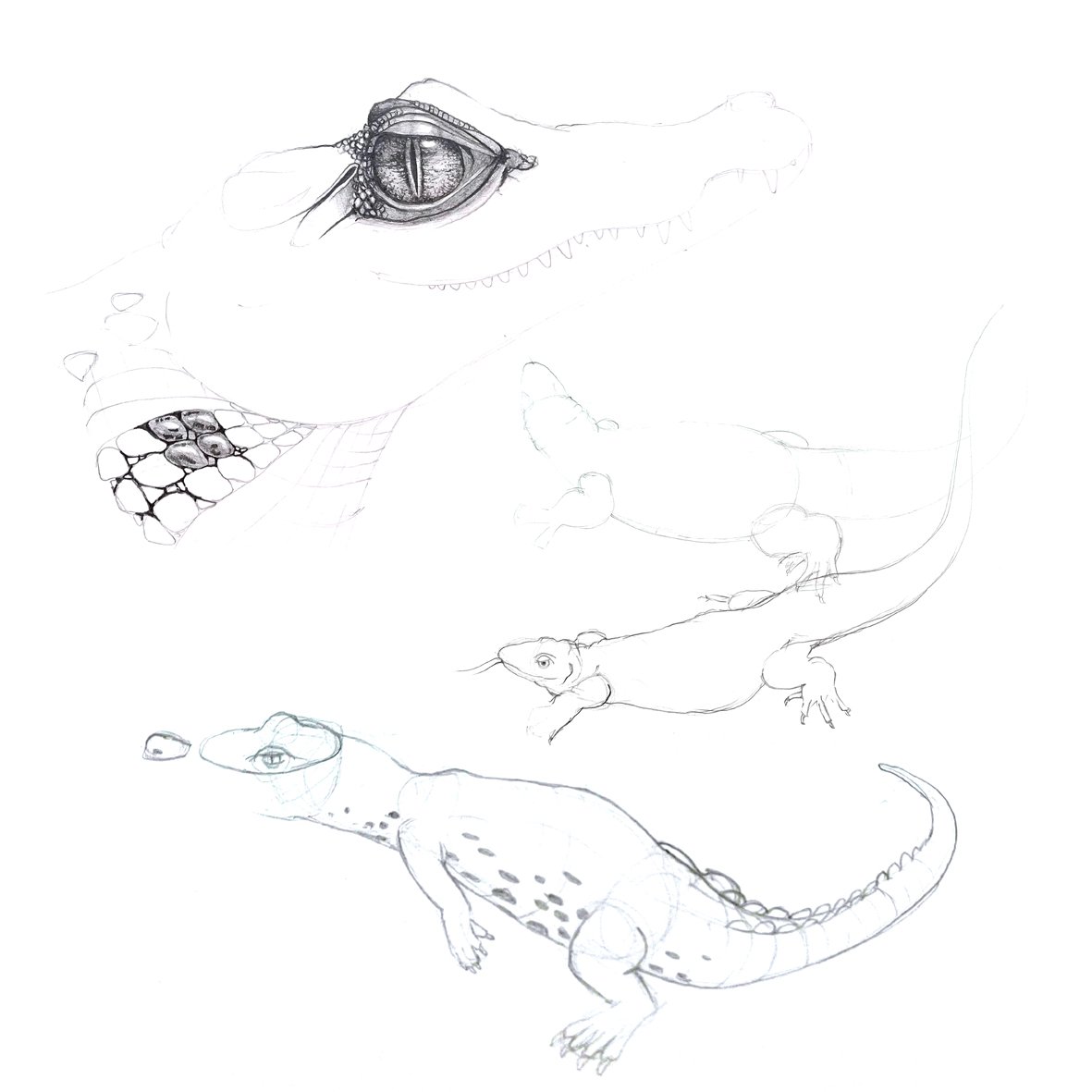 At the end of February I spent a day life drawing reptiles at Crocodiles of the World in Brize Norton. Six of us gathered away from the main enclosures, in a room filled with the cutest baby snakes, lizards and alligators. Our tutor for the day was the amazing wildlife artist David Dancey-Wood. David first talked us through the basics of alligator anatomy and then some 8-month old american alligators were taken out so we could start to put it into practice.

We then moved up to a three year old american alligator. That the patterning on the alligator’s scales becomes less prominent as they get older as they don’t need as much camouflage.

Leading up to lunch David moved on to rendering in pencil, focusing on the eyes and scales, and then we all had a go.

After lunch we moved on to look at other reptiles and drew a spiny tailed monitor lizard and a python called Colin. The sun came out and it was getting quite warm in our little room by now so they were quite lively and very interested in what we were doing.

We were then let loose to wander and draw anything and everything in the main enclosures. I first drew a fresh water crocodile and finally a very large salt water crocodile.